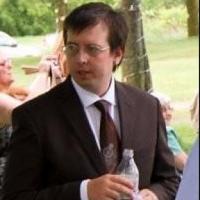 Somehow, I remain an optimist, and I dream for a better tomorrow.

This is where you will find my musings.

Sourdough bread is all the rage these days. I’ve been baking bread at home for years now, so I thought that I would share some tips and techniques for people who are interested.

Every time there is a birthday party at school or daycare, one of three situations unfold:

Electing Hate: A reflection on the fallout of electing bigots.

My first real exposure to overt racism, something that many people experience on a regular basis, came 3 years ago today, in a way that was all the more horrifying because it was not me that was the primary target, but my children and some of their caregivers.

Ah, the Christmas season. How I loath it. It should come as no surprise to the people close to me. The incessant consumerist drive to consume, consume, consume. The obligatory socialization centred around feasting on dead body parts. The school parties and pageants. Making sure that your kids don’t ruin the secret of Santa Clause or express too deeply their disbelief in Jesus-as-God to their fellow classmates.

Sacrifices to the gods of austerity.

So recently, many of the teacher’s unions here in Quebec have decided to go on a one day strike in protest to the continued cuts to public education by our government.

“If I look at the mass, I will never act.” — Mother Teresa

Recently it was posited to me that veganism can not be an intersectional movement because it would require us to view oppressed humans as sub-human. The person further went on to point out that historically, minorities have been denigrated through comparison to nonhuman animals. This last statement is true — it can be seen from the way that Jews were treated in Nazi Germany to the way that African Americans are still treated in the USA to day.

Children are free moral agents and have a right to be exposed to a range of beliefs well beyond the rigid doctrinal confines of their parent’s faith, and we have an obligation to insist that they be so exposed, at least in public schools, if not elsewhere. — Tim Wise

“To be strong, the movement must consist of people who are self-critical, truth loving, scientific, careful in judgment and eager to yield to evidence even if it tends to weaken their case. Those unable or unwilling to pass such a test are a liability.” — Donald Watson (No. 1 Vol. 2 - “The Vegetarian” - SPRING 1948 p. 23-27)

As a vegan, I am often told that I should “respect [someone’s] decision to eat animals”. This can get problematic, because that is the antithesis of veganism as an ideal. I will elaborate, but first, lets look at what the word “respect” really means, because I think that often it is misused in this context. If the person truly understood what veganism was, and had a full understanding of the meaning of respect, then they might get whey the two can not be used together that way.

What is Veganism Anyway?

Thanks to many large animal organizations, coupled particularly with poorly informed celebrity spokes-people, and widely perpetuated misinformation by non vegans like Oprah, there is a very wide misunderstanding of what veganism is. Veganism is seen by many as a diet — someone is vegan if they don’t eat animal products. Some describe it in even looser terms then that, defining a vegan as someone who doesn’t eat much in the way of animal products, or doesn’t eat animal products most of the time, such as Bill Clinton. It is because of this association of vegan as a diet that we often see “vegetarian/vegan”, or “vegetarian and vegan”, or even more ambiguously “veg*n”. Here we have two words with very little in common lumped together, further adding to the confusion.